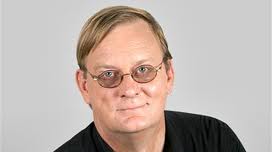 Republished with permission of the author

The Australian Constitution is reasonably useful but so boring. It’s the foundation of our funny little secondhand nation but few people read it. Fortunately it’s not taught in schools. It’s not just the arcane language that’s off-putting (though I like a bit of porogation now and again) it’s the antiquated nature of it. It’s an appalling piece of writing and It’s all about pleasing Queen Victoria.

Incredibly our constitution derives it’s power not from the Australian people but from the British Parliament. How could it define us as independent? We’re not. We’re vassals.

Our constitution is an Act of British Parliament yet (bizarrely) Britain has no constitution of it’s own nor formalised royal power. The Queen could declare war at whim. We know the monarch doesn’t do anything but is that any reason to have one?  We had to beg to get the original document of the Australian Constitution back and it took until 1990.

The High Court debates our constitution yet if it were to be taken literally NZ would be part of Australia, the Governor-General could only be a man, the Australian capital would be less than 100 miles from Sydney and Ministers of State could only earn twelve thousand pounds a year.

Our constitution doesn’t mention the PM and local government and Aboriginal people are an afterthought mentioned only because in 1967 we agreed to count them. How patronising.

No-one is more important in the Australian Constitution than the monarch. It vests all power in a foreigner.

Strangely, Australians know much more about the vastly superior American Constitution and can quote it and the Bill of Rights and the Declaration of Independence: “life, liberty and the pursuit of happiness”. We can even cite amendments to the American Constitution; the Second Amendment gives militias (not individuals) the “right to keep and bear arms” and we often, colloquially, plead the fifth.

The language of the American Constitution soars. It begins “We the people” and ours begs favour of an old queen. The 18th Century framers of the American Constitution wanted their people to be free of imperial shackles whereas our late 19th Century constitution was written by forelock tugging members of the bunyip aristocracy who saw us as second class Britons. And we still are. One document is about freedom and the other is about obedience, the senate, taxation and railway gauges.

Australia is the only western nation without a bill of rights.

Meanwhile it’s apparently never the right time for the Australian Republic. The republican PM Julia Gillard has done nothing to further it. It’ll be 20 years away by which time there’ll be other enchanting playboy princes to divert us. We are just stupid people who want to remain secondhand Britons. We want the best and most important Australian – our head of state to be an Anglican Englishwoman who does absolutely nothing for us.

An eminent constitutional authority compares the monarchy in Australia to an old piece of furniture we inherited and don’t need but we just can’t be bothered to take it to the dump. We remain a nation divided by a flag, an anthem, a head of state and we have the constitution we deserve. Bugger.