by Spirit of Eureka – Victoria 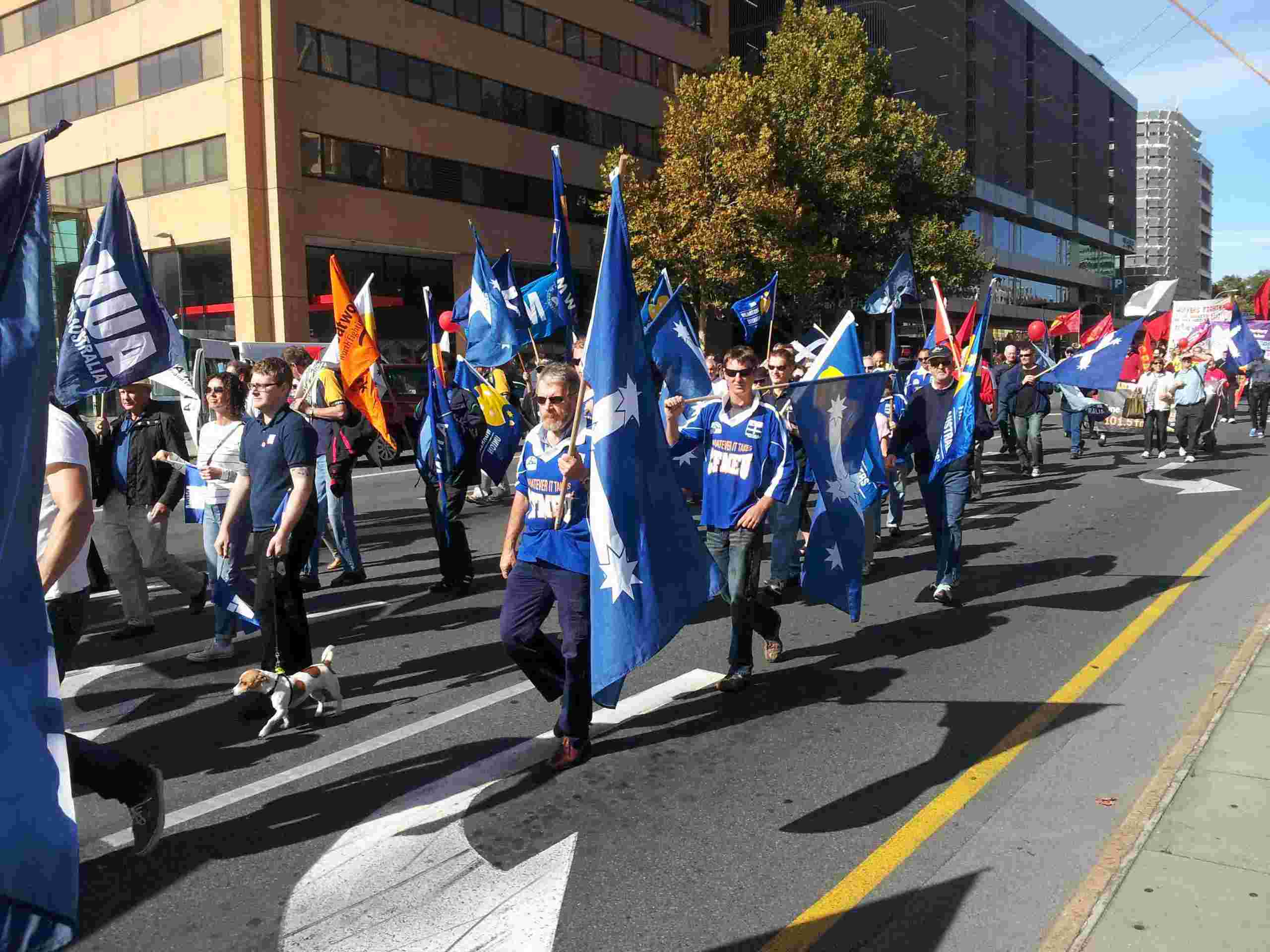 Tax the profits of mining monopolies

Australia is a country rich in natural resources. This sovereign wealth must belong to the Australian people and used for the benefit of the people and protect the environment.

BHP-Billiton, Rio Tinto, Xstrata, Chevron and other giant mining multinationals reap enormous profits from our national resources and the labour of workers.  They send most of these profits out of the country and pay little tax.  Mining profits of mining corporations have increased by more than 900% in the past 10 years.

Use the mining super-profits tax to:

Australia’s working people have a proud tradition of standing up and fighting for decent wages, working conditions and for the community living standards.  Many workers’ rights have been won in bitter battles on the job by organising collectively in strong, fighting unions.

The Eureka rebels of 1854 laid the foundations for Australia’s future militant working class struggles.  Big battles for decent wages, health and safety, penalty rates, breaks, sick leave, annual leave, superannuation, long service leave, maternity leave and the right to belong to a union were fought for and won.  But now most of these gains are fiercely attacked by big business and multinational corporations who want to wipe out unions, shred our rights and conditions, cut wages, penalties and many entitlements.  It all goes to show if we don’t fight, we will lose.

We swear by the Southern Cross to stand truly by each other and fight to defend our rights and Liberties.  Eureka Rebels’ Oath, November 1854.

FOR A JUST, DEMOCRATIC AND SOVEREIGN AUSTRALIA

US troops, US bases out of Australia

No wars in the Asia-Pacific Region

Demand an independent Australian foreign policy that promotes peace and sovereignty of people and nations.

Australia’s “defence” and foreign policies are subservient to the US military and economic domination.  The recently announced extensive US military build up in the Asia-Pacific threatens peace in the whole of the region.  Australian government policies and armed forces are integrated into the US military machine.  This makes Australia a puppet and a deputy sheriff of US interests in Asia-Pacific. Australia can best promote peace in the Asia-Pacific region through a foreign policy that’s independent of all big power military domination.

The proposed Trans Pacific Partnership Agreement (TPPA) is all about the powerful US corporations pushing their neo-liberal globalisation agenda to access Australian markets and resources.  It will undermine Australia’s sovereignty in the name of “free trade”.

If the US gets its way, the TPPA would allow more foreign ownership of land resources, agriculture and food production and retail, media and local culture.  It would abolish local restrictions on food labelling, plain packaging of cigarettes and open up more privatisation of water, schools, hospitals and community health centres to public-private partnerships. It would increase the price of medicines, further deregulate financial institutions. It would reduce local environment laws, intellectual property rights, patent laws, quarantine regulations; in fact anywhere foreign investment capital is introduced.      No TPPA!    NO Sell-Out to USA!