From Alliance Against Political Prosecutions 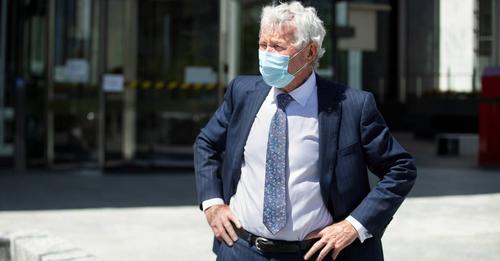 Bernard Collaery was in the Supreme Court on 17 November in relation to subpoenas and Judge Mossop’s decision regarding the Appeal court’s remitting of matters back to him.  The interminable to and fro continues.  But AG Cash’s recent decision to try and bring new secret evidence, not even to be shown to Bernard, is a new low in the government’s behaviour. The Attorney General is also trying to keep the Appeal Court’s reasoning for its recent decision secret. This is outrageous and reflects the state of the law in Australia now! It’s no wonder that retired judge Stephen Charles, a Director at the Centre for Public Integrity, describes this prosecution as ‘one of mendacity, duplicity, fraud, criminal behaviour, invasions of legal professional privilege, contempt of court, denial of a fair trial and failure to act as a model litigant’.  Harsh words indeed, but for us out in laypersons land we say they are fully deserved.

We plan to rally at the ACT Courts for Bernard’s next hearing, at 8.30am Thursday 16 December.

This rally will also mark the 80 anniversary on 17 Dec of the Australian invasion of neutral Portuguese Timor in 1941, thereby provoking the invasion by Japan which occurred on 19 February 1942, the same day Darwin was bombed. Subsequently 40,000 East Timorese lost their lives in the fighting and reprisals for providing support to the Australians. See the flyer from Sr Susan Connelly attached.

This makes the shameful act of bugging the East Timor government offices to gain commercial advantage in the Timor Sea oil and gas negotiations even more reprehensible.  These prosecutions of Witness K and Bernard Collaery, whom the East Timorese see as heroes (as we do) are continuing to seriously damage our relations with our poor neighbour. How can that be in the public interest?