Bevan Ramsden is an ex-telecommunications engineer and a long-time peace activist and advocates for Australia’s independence. He has been a member of the coordinating committee of the Independent and Peaceful Australia Network) IPAN) for a number of years and is editor of their monthly publication, Voice. 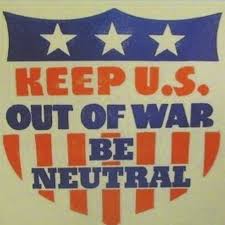 Armed Neutrality provides an alternative defence policy which would safeguard continental Australia, keep us out of wars and promote peace. It is strategically feasible and cost effective but would require investment in rebuilding our manufacturing base, restructuring the ADF and removing foreign bases from our soil in a series of steps.

In Part 1 of this article, the arguments for moving away from dependence on a foreign power for defence were made and the concept of armed neutrality as an alternative introduced. This article examines the feasibility and costs of making such a change and the steps to be undertaken to introduce it.

The Swiss have practiced armed neutrality for many years and it has kept them out of wars and safeguarded their national independence and sovereignty. In Switzerland, armed defence, civil defence and the economy are closely inter-meshed and the entire population is involved in various ways.

Do the Swiss have to pay heavily for their armed neutrality policy? On the contrary, in 1979 the Swiss spent 1.9% of their GDP on military defence whilst Australia in the period 1979-80 spent 2.6% on defence.

More recent figures from the Stockholm International Peace Research Institute (SIPRI) show that the Swiss expenditure on military defence in 2020 was 0.7% of their GDP. Australia’s defence spending in 2019-2020 was 2.1% of GDP.

The Swiss spend much less as a proportion of their GDP on military defence than Australia and get independence and peace. For our defence spending we get involvement in endless U.S wars, not peace.

In relation to Australia adopting armed neutrality as its defence policy, Dr Albert Palazzo (Director of War Studies in the Australian Army Research Centre) says: “There is no doubt that in order to adopt armed neutrality the ADF will have to undergo a major transformation. Platforms that are designed to operate within a US naval or air task group, for example, may no longer be practical or even suitable for armed neutrality. The Army’s perception of itself as an infantry-centric force may need to undergo a radical revision, with the status of the gunner moving to the fore as coastal defence again becomes the land force’s primary role.

‘While these adjustments may seem daunting, even radical, there are advantages to adopting armed neutrality, in addition to becoming a nation that is finally responsible for its own sovereignty and ending questions surrounding the future reliability of the United States.’

‘It also will allow Australia to make decisions for itself. If Australia is interested in remaining a sovereign state, a form of armed neutrality provides a way forward.”

One question that is raised in relation to Australia looking after its own defence is the strategic feasibility of such a self-defence policy for this vast island continent. David Martin addresses these questions in his book. He says “a common perception is that having a vast coastline and small population, Australia is indefensible”. He goes on to say: ‘Only two or three other countries would be as difficult to invade and hold as Australia. The alleged disadvantages – a lonely island-continent with large empty spaces– are blessings, politically and strategically.”

The Katter Report tabled in November, 1981 by the Defence Sub-Committee of the Joint Parliamentary Committee on Foreign Affairs and Defence, commenting on what an invader would need, stated that; “This would require a ground force approximately three times a large as the land force Australia could field against an enemy”. At that time, Australia had a population of 15 million. We now have a population of 25 million.

David Martin states: “We now know that, in 1942, the Japanese rejected the idea of descending on Australia because it would have required twelve divisions, one and half million tons of shipping and most of the Imperial navy for protection. An invader would also need to have air superiority over the beaches and route of advance.”

Do we have the material resources and industry to support a self-defence of continental Australia? This does raise a vulnerability issue. Unfortunately, over the past 40 years or so, successive Australian governments have got high on the “privatisation weed” and have been hell-bent on pursuing policies of globalisation, sale of public assets and allowing foreign corporations to control critical industries. This has resulted in Australia’s manufacturing capacity declining to the point where we no longer have an aircraft or automotive manufacturing capacity, have little left of our steel production capacity and only two oil refineries still operating. The bulk of our fuel and lubricant supplies must now be imported via long supply routes from Singapore and the Middle East. We don’t even manufacture much footwear or clothing. The vulnerability to interdiction of these vital supply routes is one issue which would have to be addressed urgently, should Australia move to a defence policy of armed neutrality. In doing so it would also provide a huge boost to job opportunities for Australians as well as rebuilding the key industry skills which have been lost in the last four decades. In addition, this industry revival would provide the opportunity to move from dependence on fossil fuels to the renewable energy sources which Australia has in super-abundance, thus providing energy security while addressing climate change issues at the same time.

For Australia, moving from the current strategic dependence defence policy to one of continental defence based on self-reliance and neutrality could only be achieved in stages.

The first stage would be a comprehensive plan by government to provide the manufacturing base for a policy of self –defence by rebuilding our strategic manufacturing industries, including a change-over from fossil fuels to renewable energy. In the process many jobs would be created with the government drawing on the innovative potential of the Australian workforce. Ownership of and control of the new and re-established strategic industries must remain 51% in government hands in the interests of national security.

Secondly, the ADF must be re-structured in order to change from being an expeditionary force integrated in with and subservient to the U.S military to one which is independent and structured for continental defence of Australia based on anti-access/area-denial (A2AD) principles.

Thirdly, An Australian military force re-structured for continental defence would need to draw on a much larger reserve of personnel as well as developing a significant civil defence organisation. Whilst other neutral states have used conscription to this end, that option is not open in Australia. On two occasions, in WWI and during the Vietnam War, Australians have shown a strong aversion to conscription for military service. David Martin, in his book mentioned above, recognised this matter and posed a solution.

He proposes the ‘Voluntary Latent Forces System’ (VLFS), which he says eschews compulsion but still promises to give us the reserves we need. “The VLFS”, he says, “involves a predetermined number of young men and women, including possibly from the existing Army Reserve, being selected each year from volunteers, primarily in the 18-21 years of age group, for training in specific skills, for say, 8 to 12 months. Selection would depend on the demands of their specialities and ranks. They would be contractually bound to remain on active reserve for perhaps five years. The VLFS system serves total defence and these personnel are placed throughout the community, understand defence needs and can give leadership in meeting them in peace and war.”

The fourth step would require the re-examination of all defence purchases, such as the F35 and the submarines, to determine the defence procurement policies most suited to the continental defence of Australia. We should terminate the contracts for any foreign military purchases not needed for continental defence and manufacture our own equipment as much as possible.

The fifth step in moving towards a policy of neutrality, self-reliance and continental defence would be to adjust, in stages, our military relationship with the United States. All of the base agreements which Australia has with the United States, including that for Pine Gap and the Force Posture Agreement mentioned above, have an exit clause enabling either party  to advise the other that it wishes to terminate the agreement. Only one year’s notice is required.

This article has not yest addressed the fundamental issue ?

What will provide the motivation for an Australian government to adopt a new direction in Australia’s defence policies? Clearly only a very active and determined electorate motivated by the desire to keep Australia out of wars and pursue a policy of peace as an independent nation will produce a government with the strength and direction to respond to such motivation. There is a small but growing movement in the community with this motivation but it is still too small to move the major parties who are totally committed to the policy of strategic dependence on the U.S for defence, along with obsequious acceptance and active promotion of U.S foreign policy objectives.

Will it take a defence crisis to force a re-assessment of defence policy, such as occurred in WWII when the Japanese drove the British out of Singapore and left Australia exposed with no big power protector. Will a war with China and its likely disastrous consequences for Australia provide that defence crisis?

IPAN (The Independent and Peaceful Australia Network) has launched a Peoples’ Inquiry into the costs and consequences of Australia’s involvement in U.S.-led wars. Submissions are welcomed from all sections of the community; see https://independentpeacefulaustralia.com.au