There are reasons why those who were hoping for reparations of U.S. foreign policy under Joe Biden’s administration may be disappointed. 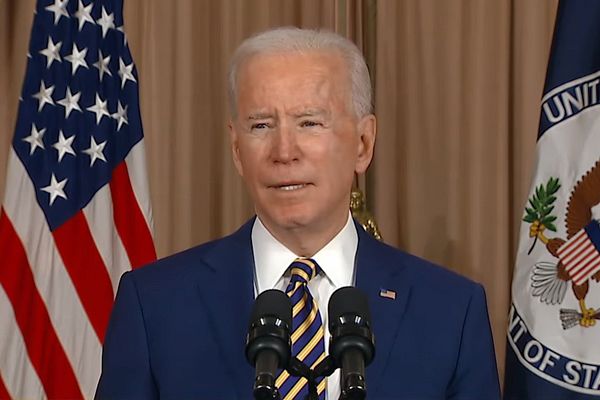 MUCH OF THE AUSTRALIAN MEDIA is uncritically reporting a line consistently followed by the “liberal” mass-media in the U.S. – that President Joe Biden’s administration will be substantially, even radically different in both foreign and domestic policy to former President Donald Trump’s.

Biden’s foreign policy would be different in form, no doubt less erratic and eccentric, though even that is mainly attributed to Trump’s character rather than structural issues. That includes Trump’s inconsistent protectionism and desire to withdraw from (some) foreign wars, in line with his election promises, butting heads with the dominant agenda of U.S. ruling elites, political and economic.

That agenda is to reassert U.S. global hegemony, in the face of its crumbling under the challenge of China and, to a lesser extent, other major and mid-level powers such as Russia, the EU and Iran with even smaller powers such as Syria, Venezuela and Bolivia defying the U.S.

There is no reason to suspect Biden has any desire or capacity to challenge that agenda — in the end, Trump’s “make America great again” and Biden’s “build back better” and make sure the future is “made in America” are only cosmetically different. We already have plenty of evidence that this is true.

The U.S. is unlikely to be able to challenge China in economic terms, particularly in the critical Asian region. According to the World Bank, the U.S. economy seems likely to contract by 3.6 per cent this year, whilst China’s will grow by 8-9 per cent.

Part of this is the contrasting experience with and handling of the COVID-19 pandemic, both in health and economic terms. So the field of conflict will mostly be military — and that draws Russia in further, whose growing cooperation with China doesn’t seem to require a formal alliance.

The determination not to be “picked off” one-by-one would be an adequate explanation here. Russia Today was reporting on these lines only very recently, as well as on the predictable renewed focus on Russia of the Democrats, with their dubious 2016 (and now 2020) election interference mantra and vows to hold Russia accountable ‘for any misdeeds’.

Australia by America’s side

Business and pro-military interests in Australia recognise that Biden is more war-oriented than his predecessor, with ABC reporting ‘Biden [is] offering a more outwardly focused foreign policy plan for the region than his protectionist predecessor Donald Trump’ — ‘outwardly focused’ being a euphemism for more aggression.

Indeed, analysts give part of the “credit” for the attitude of Trump’s former Secretary of State Mike Pompeo’s and attacks on China to the Australian Strategic Policy Institute (ASPI) — a role ASPI will no doubt continue to play in the new administration.

Defence Minister Linda Reynolds has “reaffirmed” the U.S. alliance with new Defense Secretary Lloyd Austin. All the superficial speculation about the “special” relationship between Prime Minister Scott Morrison and Trump falls away in the face of deeper alliance continuity with the new administration.

During the 2020 Election campaign, Biden often tried to “out-hawk” Trump, attacking attempts to withdraw troops from Afghanistan and Germany and Trump’s so-called “soft” positions on Venezuela, Syria, North Korea and, of course, Russia and even China (although it’s hard to out-hawk Pompeo).

House Democrats with the most war-oriented Republicans denied funds to facilitate troop withdrawals.

Biden had already signalled in print his post-election intentions, writing:

‘The Biden foreign policy agenda will place the United States back at the head of the table.’

This is American exceptionalism and would-be hegemony writ large — no sign of any major turn to multilateralism. Of course, the world does organise itself, if allowed to by superpowers or aspiring hegemons. The article goes on to show how such pronouncements reassured military-industrial interests concerned by “left” Democrats — who, it has since become clear, have had very little influence on Biden’s foreign policy stance.

Those who did and do have such influence include many associated with the military-industrial complex. Advisor Stuart Eizenstat is one example: a former long-time corporate lobbyist for both the oil fossil fuel and military industries, as well as pro-Israel interests.

John Negroponte, a former U.S. ambassador involved in many coups, endorsed Biden, as did ‘a large group of intelligence and foreign policy professionals’ who did so because ‘they believe Biden will continue an interventionist, neoliberal, pro-war foreign policy’, according to John Kiriakou, a former CIA counter-terrorism officer who became a whistle-blower on Bush-era torturing and was jailed under Barack Obama.

Indeed, one-third of Biden’s transition team for the Pentagon (who advise on reviews of agencies) have military-industrial or pro-war think tank connections, including with such major companies as Raytheon, Northrop Grumman, General Dynamics and Lockheed Martin.

Perhaps the most revealing actual Cabinet appointment by Biden was Victoria Nuland as Under Secretary of State for Political Affairs. A former top Obama bureaucrat and Russia hawk, she was notoriously heavily involved in the semi-fascist Ukraine coup of 2014.

Other prominent Obama-era hawks also populate the State department, including top bureaucrat on Asia, Kurt Campbell, who also holds his own pro-war credentials.

The inconvenient fact has been raised that at least Trump did not start a new war, unlike Obama (and Hillary Clinton) with the disastrous intervention in Libya leading directly to that formerly prosperous country being a bloody war-zone and a hellhole for its people to the present.

One piece of good news is that the U.S. and Russia have agreed to extend the New S.T.A.R.T. nuclear arms control treaty, which Trump rejected and which is due to expire on 5 February. But at the same time, Biden raised two other key flashpoints with the second-biggest global nuclear power: the arrest of Russian opposition leader Alexey Navalny and the ongoing Ukraine conflict.

It’s worth adding that Biden’s attitude to whistle-blowers like Julian Assange and Chelsea Manning is, if anything, worse than that of Trump. Their supporters were unsuccessful in lobbying Trump for a pardon, but they wanted it because of the fear Biden would be unmoveable on their fates.

For them, the U.S. was back on track — normal service resumed with Biden in power.

‘Biden promises to make it clear to Beijing that Washington won’t back down. He says he will “reinvigorate” the United States as a Pacific power by increasing the U.S. naval presence and deepening ties with Australia, Indonesia, Japan, and South Korea.’

Australians opposed to this country’s involvement in U.S. foreign interventions and wars should not heave any sighs of relief with Trump’s passing then — the future is more uncertain than ever under the Biden Administration.