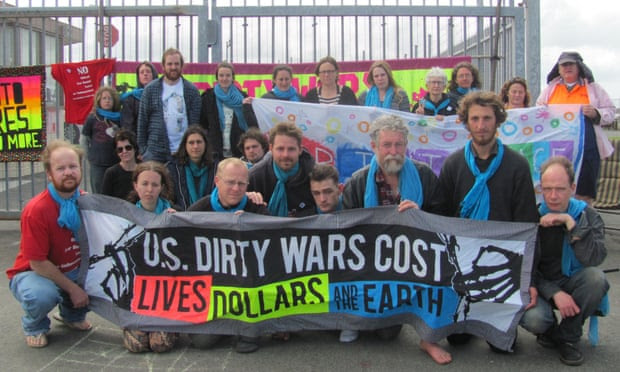 In 2014 Greg Rolles, Tim Webb. Sam Quinlin, and Dave Sprigg were brutally assaulted by SAS soldiers on Swan Island, a highly secretive training base at the bottom of Victoria. They were hooded, stripped naked, threatened with rape and drowning, dragged along the ground kicked and walked on.

Last weekend I returned with Greg to Swan Island along with Dominican priest, Fr Peter Murnane and a friend, Shane Anderson. We went there once again to offer ongoing witness and resistance to Australia’s war crimes in the Middle East. For Greg it was also a chance to face the demons of his own home-grown torture at the hands of the SAS.

We received a very different reception from Greg and friends four years ago.

You see the Australian military is facing the most shameful exposure in its history. A long investigation has concluded SAS troops murdered at least 39 unarmed Afghanis, often for no other reason than the desire to kill another human being.

This is Australia’s Mai Lai 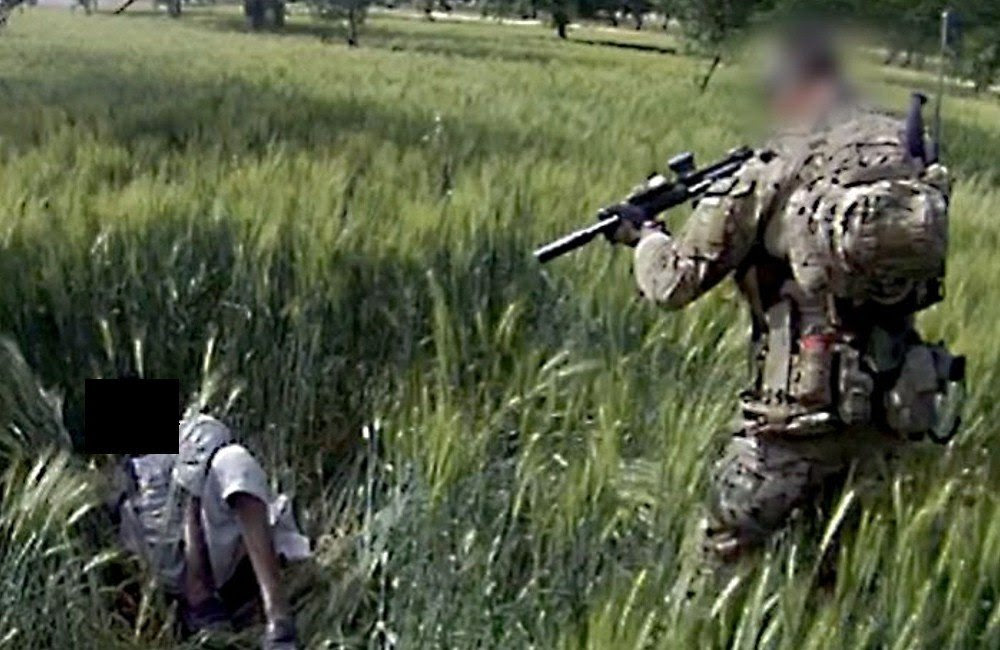 For ten years prior to the release of this report, a group of Christians had been offering nonviolent resistance to Australia’s illegal and immoral wars, by blocking the gates or walking onto Swan Island, to place their bodies in front of the war machine.

`In 2014 while being assaulted, more than one of the victims told later of the thought going through their mind, ”If this is what they do to us, imagine what they do to Afghanis and Iraqis?”.

As I said above, our own reception last weekend was nothing like that one. I believe the change reflects the universal shame the military, and indeed all Australians are feeling right now.

We entered the Swan Island base before dawn, walked to the training area right near the scene of the assaults, and held our banner, “Stop Training Killers – Abolish the SAS”

When we were finally spotted by a security guard, he calmly told us the police were coming. Soon after we heard over the loudspeakers, “There are peace protestors on the base. All personnel are to remain in their quarters till further notice.” Greg live streamed all our activities. No attempt was made to stop him. In fact, he continued to record in the back of the police van.

The police were ultra polite. They drove us off the base and released us. Summonses for trespass would be sent in the mail they said.

An interesting feature of Swan Island is that there is a public golf course on the front part of the Island. Some years we have blocked the gates for a number of days and faced the ire of golfers.

This time the gates were once again closed to the golfers. But even golfers know shame.

Two golfers separately stopped to chat. Neither expressed anger at our actions. One said he had friends in the marines in the US. He corresponded with them regularly. He said we needed the military because there are real “bastards” in the world. When I pointed out that sometimes the bastards are us, as when were fighting wars for the US empire in Vietnam, Iraq and Afghanistan, he agreed. ” You won’t get any argument from me there”, he said.

And so we didn’t. Instead he wanted to talk about the problem of kangaroos on the island. The second golfer who came later asked us if we knew why the gates were closed. “When we explained, he had no complaint either. His tone was the most meek and mild.

Is there no one to condemn us?

On the same day as we entered Swan Island the Chinese published the mock picture of an Australian soldier cutting the throat of an Afghan boy holding a lamb. Of course the post was inspired by the section of the Brereton report claiming the SAS cut the throats of two 14-year-old boys and left them on the side of the road “for others to clean up the mess”. The prime minister immediately demanded an apology. But none is forthcoming. The China /Australia diplomatic war has just opened its most shocking front.

On the long drive home to Brisbane, Greg and I turned on the radio for the first time. The voice of MP Jacqui Lambie greeted us. She was demanding the head of Defence Chief Angus Campbell resign over the whole issue. But mostly she was talking about the terrible problem of Defence force suicides. Of course, the recent developments can only dramatically exacerbate the problem.

It is indeed a tragedy 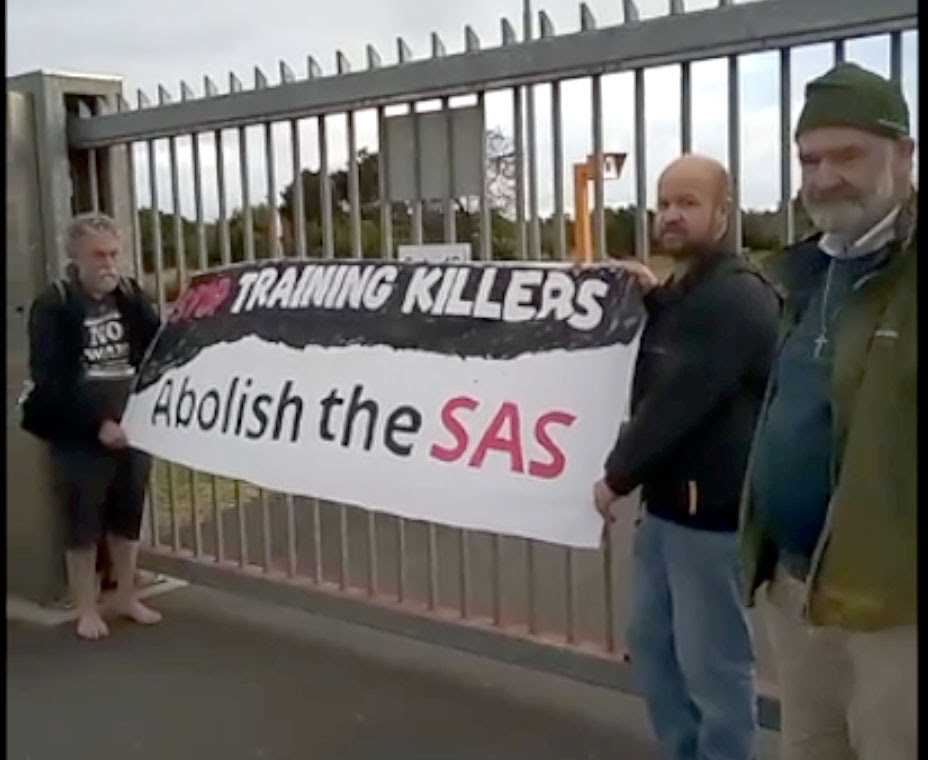 We need to see a time when the truth is told. That war is a terrible evil. It dehumanises all who take part. We need to face up to fact that war crimes are not just committed by individual soldiers, or even the generals who Jackie Lambie seeks to blame.

Surely the first war criminals are the politicians who sent young men off to kill people who posed no threat to us. As someone once said, “War is about killing people who are not our enemies for people who are not our friends.” The Howards, Abbotts, Gillards, Morrisons of this world should all be put on trial for instigating and/or continuing this mindless bloodshed. Bloodshed for the rich and powerful to become more rich and powerful.

Once the initiators of the war crimes are held accountable, maybe we can honestly face the shame.

*Jim Dowling is a long time activist from the Catholic Worker movement based in Brisbane. Amongst many acts of resistance, he entered the Pine Gap military base in 2005 and again in 2016 facing Supreme Court trials in Alice Springs on both occasions.
Load More Related Articles
Load More In Latest News
Click To Comment