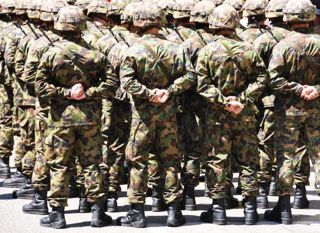 The Morrison government has introduced a dangerous new Bill to Parliament called Defence Legislation Amendment (Enhancement of Defence Force Response to Emergencies) Bill 2020.  If passed, the Legislation will give authority to the Defence Minister to declare an “emergency” and call out Australian Defence Forces and police, including foreign troops and police, to deal with the undefined “emergency”.  The Bill does not include any definition of what is an “emergency” or “other emergencies” and could be used to suppress people’s protests against economic austerity, unemployment, the climate crisis, and against imperialist wars. It could be used in industrial disputes against unions and workers taking industrial action for wages and conditions, for job security, economic livelihoods, for social justice and solidarity.   The Bill allows the army and police, including foreign troops and police, to be exempt from civil and criminal liability.  The parliamentary Labor Opposition is conspicuously silent.

Governments use army and police forces to enforce the power of the dominant economic and political class (eg. Business Council of Australia, Minerals Council).  It is no coincidence that the Defence Amendment Bill does not define “emergencies” but expands the powers of the ADF and police, including the use of foreign troops and police, and exemptions from civil and criminal liability.  These changes are parallel to extensive increases of powers to police and intelligence agencies over past 20 years, including the recent ASIO Bill.

Under the cover of the Covid-19 pandemic, and the bushfires created by climate crisis, the government is rushing through these extraordinary threats to people’s democratic rights which authorise not only calling out the Australian Defence Forces, but also use of foreign troops and police, against the Australian people.

Previous use of armed forces against the people

To protect the Australian people’s democratic rights, we call on the people, the government and all parliamentary parties to oppose the Defence Amendment Bill, specifically:

Working people’s answer to attacks on our democratic rights is to organise collectively in our unions and communities and fight for our rights and liberties.

Tell your member of parliament to reject the Defence Legislation Amendment Bill.

“We swear by the Southern Cross to stand truly by each other and fight to defend our rights and liberties.”