Contributed article to Spirit of Eureka 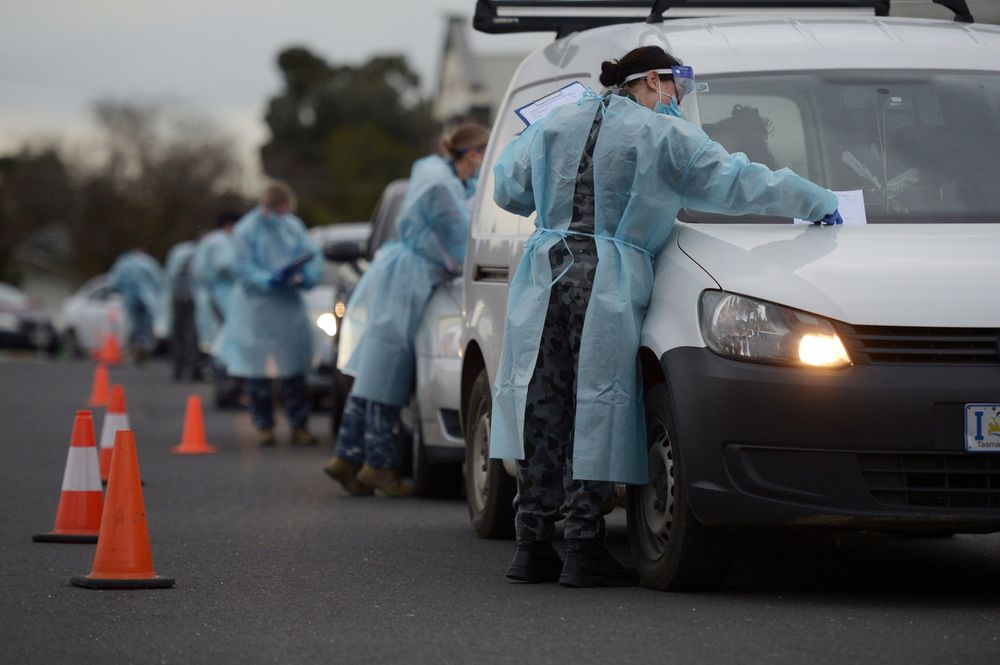 Whichever way we look at the Covid-19 Pandemic and its dire consequences for the people, especially the working class, we inevitably come up against the brutal profit driven capitalist system.

As the Covid-19 pandemic unfolds every day, we also learn more about monopoly capitalism and the urgency to end the capitalist system. On all measures, capitalism is not only incapable of preventing, managing the pandemic and protecting the people, but is itself the root cause of the economic and health crises.  This pandemic is shining a powerful light on capitalism’s destructive forces against humanity and the environment.

The single driving force of capitalism is the need for constant expansion and increasing profit for its survival.  It invents new means to accelerate and intensify production and exploitation of people and the environment.  It constantly re-arranges old markets and creates new ones where capital can invest, expand and reinvent itself.  In the process it creates devastating economic and health crises.

Like climate crisis, the root cause of Covid-19 pandemic is capitalism

Capitalism is the cause for the rise in zoonotic diseases. The origins of the deadly corona pathogens and the global outbreak of Covid-19 Pandemic can be traced to monopoly capitalism’s intensified production in agriculture and food production, deforestation on a massive scale, environmental degradation and climate change.   In short, capital’s sheer exploitation of the environment, humans and animals is creating the unprecedented release of new deadly viral and other diseases in humans and animals.  Monopoly agri-businesses like Monsanto dominate global food production and food supply.  They develop and impose new intensified mono-culture farming methods to generate higher profits and create an expanding market for their highly concentrated chemical fertilisers, insecticides, pesticides and weed killers.

Prevention is not a tool in the capitalist kit, unless immediate profits can be realised.  As far back as 2008 medical scientists and infectious diseases specialists and experts warned of the urgency for the nations of the world to collectively invest in research and development of vaccines against a wide range of newly emerging corona viruses.  The global privatised and monopolised pharmaceutical industry that controls more than 90% of the world’s research, production and distribution of medicines and vaccines refused to invest in the research because there was no immediately visible profit to be made.

In early April 2020 Professor Peter Doherty, Australia’s leading immunologist and Nobel Laureate, was asked why there had been little, if any, research into Corona viruses.  He replied, “There is just not enough profit margin in it for pharma companies. They live by profits and the rules of capitalism. And capitalism has no interest in human beings other than as consumers.”

Capitalism is not designed to take care and protect people and the environment.  Its survival depends on constant expansion and ruthless exploitation that puts profit above all else and is the root cause of hardships and suffering for millions of people around the world.

This is no better illustrated than in Melbourne where in spite of the hard lock-down for a short period in early March-May, Covid-19 has come back with a vengeance as soon as the short-lived restrictions were lifted.  And this is the situation repeated around the world in capitalist countries.  The second outbreak in Melbourne further exposes the destructive and lethal forces of capitalism.

The imperialist neo-liberalism of the past 30-40 years has imposed privatisation and monopolisation on a massive global scale.  Every stone has been upturned by monopoly capital’s drive to expand, find new markets and new areas for its investments and commodities, and to intensify the exploitation. Capitalist corporations continually lookout for new technological innovations (three-quarters of which is publically funded) to capture greater market share and therefore increase their profitability. This is particularly a problem in health and medicine. Big Pharmaceutical corporations direct their break-through medical technology to where the best profits can be made rather than to urgent medical needs such as vaccines.

In most countries former publicly owned instrumentalities and services have been privatised and handed over to big multinational corporations.  Many private small and medium businesses have been swallowed up or wiped out of existence by corporations and finance capital. Hand in hand with the privatisation and monopolisation of industries, imperialist driven casualisation of labour and intensified exploitation of workers globally has sent millions of people into economic and social hardship and poverty.

The pandemic has amplified Australia’s economic vulnerability and dependency on foreign capital.  Imperialist globalisation has wiped out many local industries and production. From steel fabrication to the production of basics like medicines, personal protection equipment, masks and ventilators. The Australian people’s livelihoods, health, and safety are completely dependent on imports from overseas countries.

In Melbourne, hot-spots of the second wave of the pandemic are concentrated mainly in working class suburbs and jobs; and in public housing towers tightly crammed by 3,000 residents living in neglected, unsafe and unhealthy physical conditions.  Working from home is not an option for many workers.

It doesn’t take a genius to work out that privatisation and mass casualisation of millions of jobs is the main source of the current spread of the Covid-19 outbreak in Melbourne, and in other parts of the world.  80% of infectious transmissions in Melbourne’s present second wave are traced to mainly working class people in casual part time, insecure work, with no sick leave entitlements, low wages, many working 2-3 jobs struggling to make ends meet.  Under the threat of losing their jobs they go to work sick, unable to take off 2-3 days from work to isolate whilst waiting for their test results. With no sick leave and job security many can’t afford to take 2 weeks off to stay in quarantine.

The outbreak can be traced to health breaches by contracted private security companies in quarantined hotels, to unsafe working conditions in abattoirs and meatworks, and privatised aged care facilities.  Casual workers are at the highest health risk of getting sick themselves and transmitting the virus to their families and in the wider community. Casualisation, outsourcing, insecure work, intensified exploitation of workers, cutting corners in health and safety, sham contracting and privatisation, are the common threads in the new transmissions in workplaces and in the community.

Between 2015-2016, under increasing public pressure, State and Federal governments held 2 inquiries into contracting, sub-contracting and the casualisation in industries with a high concentration of casual workers – private security, agriculture, cleaning, abattoirs and meat processing.  The inquiries released hundreds of pages of recommendations.  In 2018 the Victorian Andrews government established an $8.5 million “independent” Labour Hire Authority and appointed a Commissioner.  As predicted by many, the Inquiry’s recommendations haven’t left Parliament House archives, while casualisation, unsafe working conditions, exploitation and abuse of workers by corporations is spreading and worsening. 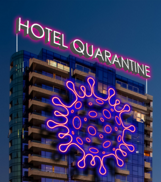 The Victorian State and Federal governments contracted out security at quarantined hotels to highly profitable private security companies, labour hire firms and sub-contractors, renowned for rampant casualisation, paying low wages, no health and safety training or protective equipment, no job security and frequent movements between different sites and industries.  The biggest is MSS, a big international security company owned by an Indian billionaire politician based in India.  It has 43 subsidiary companies across South East Asia, including Australia and New Zealand. It’s renowned for abusing workers, intense casualisation, underpayment of wages, sub-contracting, tax evasion and political influences.  In 2018 the conglomerate boasted about their growing profits from efficiencies (cutting costs) in labour.

Security guards working in quarantined hotels were given safety training that amounted to between 0-15 minutes, were not provided with proper personal protective equipment, and no protection to ensure safety for themselves, their families and the community. Labour hire firms rotated security guards in and out of quarantined hotels into other jobs and sites between different workplaces with no health and safety training.  Being casual workers with no sick leave or other entitlements they were turning up to work sick to protect their livelihoods.

Casual and underpaid workers in abattoirs and meat processing

This picture is repeated in the abattoirs and meat processing plants where big clusters of Covid-19 were located. 5-6 major abattoirs and meat processing plants in Victoria have been shut down due to Covid-19 break-out.  Many casual workers in Cedar Meats and JBS, the second largest food company in the world, are employed by Labour Solutions, a large multinational labour hire conglomerate based in South Africa and used extensively by multinational companies in Australia, including the notorious ExxonMobil and Alcoa.  Many casual abattoir and meat processing workers are migrants on low wages working in dire conditions.

Workers in Aged Care facilities are mainly part-time casuals trying to hold down two, and even three, jobs to make ends meet.   They are some of the lowest paid and undervalued workers, and most are migrant women.  The privately owned Aged Care facilities did not provide these workers with adequate personal protective equipment, sufficient training and constantly move them around between different Aged Care sites, cutting corners in health and safety.

It’s a universal class picture repeated in every country hit hard by Covid-19.  It’s the workers in low waged abattoirs, the meatworks, the aged care facilities, workers in crammed housing conditions with little, if any, health protection, the poor and the homeless where the transmissions and fatalities are highest.

Capitalism/imperialism is a deadly criminal system of which the Covid-19 pandemic is not just an abnormality that can be mended.  The brutality and cruelty of this profit driven system cannot be reversed or excised.

The people’s only way out of capitalism and imperialism is to take matters into our own hands.  To unite, to organise and mobilise a powerful people’s movement to put an end to this horrid system.

Make big business pay for the health, safety and secure livelihoods of working people!
No bail outs for big business and multinationals!
Fight for an anti-imperialist independent Australia!