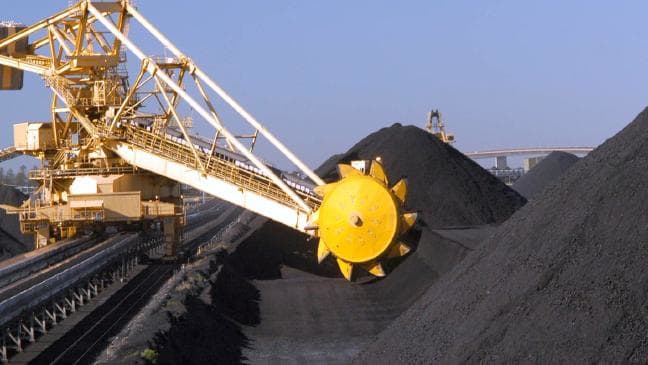 Fear them for their technology; fear them for their ideology and their authoritarianism. But embrace interference and involvement in the economy if it involves coal. This is the fancy hypocrisy of Australian politics, one driven to lunacy and inconsistency by that dark and dirty love.

The contrast between a fear of Huawei, on the one hand, and an eager opening for a Chinese state-owned enterprise barging its way into the Australian market suggests that those in Canberra have finally twisted themselves into knots.  The latter is particularly striking – the China Energy Engineering Corporation (CEEC), the designated monster behind what promises to be 2000 megawatt of coal generation in the Hunter Valley north of Sydney. Two plants billed as users of efficient coal-fired technology will supposedly take root in the “failed industrial zone” and give it life. The cost would be in the order of $8 billion and generate over $17 billion worth of carbon liabilities.

Australia’s dinosaur political class is delighted at the latest foray into environmental spoliation.

“This is exactly what the market needs,” chuffed Coalition backbencher Craig Kelly.

Furthermore, to show that the conservative wing of politics is happy to forfeit any laissez faire credentials regarding the economy when needed, Kelly is keen for generous taxpayers’ support.

“If the Government needs to underwrite it, if it needs a little help, then that’s what we should be doing.”

“The goals are to better safeguard the legal rights and interests of Chinese importers and to protect the environment,” explained Geng Shuang of the Chinese foreign ministry.

The point is worth reiterating, since similar bans were not applied to the coal from other states.  The indefinite ban was the bitter icing on that particular issue, confirming prolonged clearing times for Australian coal since the start of February.

The announcement of the mining venture had its predictable reaction in the environmental movement in Australia.  The Greens federal member for Melbourne was aghast and, as is his wont, got into the realms of hyperbole.  Protests would ensue; mass disaffection would take to the streets.  These latest coal plans, according to Adam Bandt, “will make the Franklin Dam campaign look like a Sunday picnic.”  What of, he said, any acknowledgment of the recent climate shocks gripping the continent?

“We just had our hottest summer on record. If Labor and Liberal [parties] give this project the tick of approval then you will see civil disobedience in Australia on a scale never seen before.”

Interference by China in Australian matters is enchanting printing presses and stalking the corridors of power in Canberra.  Like other obsessions, it is clear that this one is inconsistent and variable, manifesting in various forms like an inconsistent fever.  James Laurenceson’s Do the Claims Stack Up, Australia Talks China, concludes that

“in each case, the evidence base [on interference] is shown to be divorced from the claims found in headlines, news reports and opinion pieces, revealing just how widespread has become the discourse of the China Threat, China Angst and China Panic”.

When it comes to coal, the threat transforms; China Blessing, or China Grovelling come to the fore.  (The Yellow Peril becomes the Yellow Salvation.)

The divorce in terms of reality is also evident in the finance side of things; the mining projects being proposed have yet to find the necessary capital, a point that is proving increasingly difficult for any such concerns.  Kaisun Holdings, the other company involved in the enterprise and also noted for being a “Belt and Road” company, is still on the hunt for “potential investors”.  As with the Indian mining giant Adani, such companies will have to convince those who finance them that coal is good in an increasingly hostile environment.  No money, no project; the equation is uncomplicated.  On paper, Kaisun has a market capitalisation of $33 million.  The Australian joint-venture partner, has a mere $25,000 on paper.

The Australian Financial Review has also pointed out that the scheme, inspired by Parramatta’s Frank Cavasinni, is being “driven by a small businessman from Western Sydney with no experience in the energy industry.” Ignorance can be golden, but not in certain areas of economic planning.  Such a plant has already received reproach from EnergyAustralia’s executive Mark Collette, who claims that the plant will not provide the flexible capacity in the grid required as users move to the use of low-cost wind and solar power. “Coal as an investment works best as baseload but the market signal is calling for something different, which is flexible capacity.”

Australian politicians, when it comes to mining, prove fickle.  Their views are changeable, climactically variable and their principles are always up for purchase.  They are in office to be bought by the commodities industry, but the New South Wales premier, Gladys Berejiklian, is firm: there are no plans in the pipeline to approve any coal-fired power stations.

“We are the most resilient state when it comes to our own energy needs.”

But given that the Australian federal government lacks a coherent, sustainable energy policy, coal lovers feel they are still in with a chance.