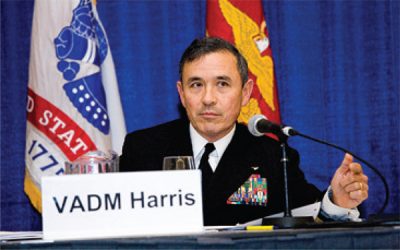 It was cheered and embraced with enthusiasm bordering on self-praise: Admiral Harry B. Harris, Jr. of the Pacific Fleet would be making his way to Canberra to assume the post of US Ambassador.  Washington had supposedly appointed a big fish to monitor even smaller creatures in the Pacific.

But Harris was never going to take up a position vacant since 2016, instead finding himself making his way to a far more significant, and timely posting: Seoul.  The Australian press subsequently seethed and berated, appalled that their standing as sub-regional policemen had somehow gone unacknowledged.

“In a presidency defined by chaos and dysfunction,” chirped Andrew Tillett of the Australian Financial Review, “the White House has calculated that the goal of achieving peace with North Korea trumps other considerations.”

For Tillett, Harris’s re-routed appointment to Seoul did make some sense, at least at the superficial level: the admiral was “a tough cookie” who would be keeping an eye on the upcoming Donald Trump-Kim Jong Un show.

Not one to talk up South Korea in this instance, evidently.

“One year is an accident not having a US ambassador, reflecting the low priorities for the Australia-US alliance.  Nigh on two years will be an insult, and with impact.”

Former Prime Minister Kevin Rudd was unimpressed to the point of enlightenment: the change of heart “says Australia, from President Trump’s perspective, is a second-class ally.”

READ MORE: Flawed Alliances and the “Pivot to Asia”: Australia, the US and Trumpism

Others were not so sure about Harris to begin with, a point in keeping with the lowly station of an appointment to the antipodes.  There were other options in the wings, and certainly ones more adapted to Australia’s specific circumstances.

“Harris was the wrong person to be ambassador to Australia,” argues John Powers, a retired senior executive in the US Defence and Intelligence service currently cutting his teeth for Omni Executive in Canberra.  He “reinforces the status quo, which revolves around a diplomatic relationship that is focused on security.”

Powers feeds his readers a few insights. One is the unspoken assumption of durability, the relationship that is beyond question.  This presents its own problems, since such a relationship could well do with a good deal of questioning, notably given the increasingly fractious nature of the Asian-Pacific area.  Canberra’s all too enthusiastic marching to scripts dictated in Washington seems fraught and mildly suicidal.

The late Malcolm Fraser was particularly sharp on that score, claiming that the culture of strategic dependence had essentially infantilised Australia.

“We have significantly diminished our capacity to act as a separate sovereign nation.”

Some in book chat land have also pushed the view for a more detached line, a thinning of the umbilical cord with the US imperium, though it comes with the humbling admission that the policy debate has remained unaltered.

The nature of the US relationship with Australia, argues Powers, is one (here he cites the workmanlike view of previous ambassador, John Berry) “built on defence and intelligence, and the cornerstone of that relationship was defence intelligence”. What Washington’s Pacific vassals needed to do was sell a different message in the corridors of the US capital:

“Australian leaders should consider how to influence the US’s decision on the next ambassador in order to enhance an area of the relationship that is not as strong as security but is just as important when it comes to motivating and shaping strategic direction, influence and messaging in the region.”

An obvious choice would be the man holding the reins as Chargé d’Affaires, a career diplomat who long held relations with the Philippines, Malaysia, Brunei, Singapore, Indonesia and East Timor within his purview at the US State Department. But no one has, as yet, put forth the name of James Carouso, an important figure of the team behind negotiating the Australia-US Free Trade Agreement.

That particular document, it is worth noting, more or less guaranteed repeated US surpluses while distorting Australia’s own market choices.  The US embassy note on the agreement is distinctly misleading in that regard:

“Today, this agreement underpins the US-Australia economic relationship, which is as strong and dynamic as ever.”

Common ground between US and Australian public thinkers and tankers can be found in the perhaps disconcerting fact that Canberra doesn’t need an ambassador of full rank, whatever the promises to find one might entail.  Why bother with the ceremony?  Protectorates and vassal states rarely do.

“The relationship between Australia and the United States,” admitted Turnbull, “is so deep and so intense, it operates at so many levels.”

Former national security advisor Andrew Shearer was similarly of the view that little would stem from the decision. There was really nothing to see, let alone say.

“Australia really is, if you like, a collateral casualty here to the shambolic personnel practices of the Trump administration.”

The desperate call for some higher recognition on the part of the Canberra establishment continues to display the resentment that comes with inequality.  Retainers can get rather sullen when treated shabbily, though they aren’t likely to go screaming with alarm in the streets. Washington remains the brute partner with girth and heft, while the political establishment in Canberra continues to suffer silently.