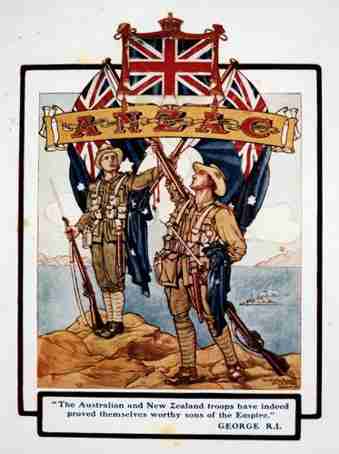 This essay is part one of “Taught to forget” that the author has given permission to republish.

If any question why we died,

Tell them because our fathers lied.

Did Melbourne’s Roman Catholic Archbishop Daniel Mannix allege, early in 1917, that the Great War was ‘simply a sordid trade war’, or did he but repeat as ‘a truism that the war was a trade war’? His enemies seized on the ‘sordid’. Well before the Cold War, his acolytes were uneasy with a ‘truism’ which sounded like a snippet from the godless Lenin’s Imperialism (1916). Belief in the commercial motives behind war has endured, fitfully, with certain unexpected endorsements, its advocates following two lines of inquiry: the first documents a general economic impetus, perhaps highlighting oil and high finance; the second focuses on armaments.

This essay sketches the actualities of a Mannix-Leninist approach to show how, since the eighteenth century, European Australia’s place at the intersection of empires connects us to a brace of 100-year wars and several world wars. Threaded through this conspectus will be some of the means by which the sordidness is marginalised by the erasure of contexts.

The Great War of 1914 to 1919 could not be called the First World War until there had been a second. Their interlock of causes and aftermaths encourages commentators to picture the twentieth century as a new 100-Years War, picking up the 1860s coinage for the conflicts between 1337 and 1453 over English claims to the throne of France.

The next 100-year war occurred when England engaged in world-wide conflicts as often as not between its invasion by the Protestant Army of William of Orange in 1688 and Waterloo in 1815. Scholars ground the prosperity of Eighteenth-century England in its ‘military-fiscal state’. The tag of ‘sordid trade war’ is irrefragable for the Eighteenth century, as British prime minister to be Pitt the Elder declaimed in 1739: ‘When trade is at stake … you must defend it, or perish.’ Those were the days when the moneyed power had fewer reasons to fear speaking the truth since its agents and the electors could all fit into each other’s pockets.

One enduring legacy from the second 100-Years War was Britain’s 1788 invasion of New Holland. Hugo Grotius in Mare Librum (1609) had discerned the hand of god on the ocean waves and his breath in the winds for all who trade. The Dutch East India Company enforced this Protestant Ethic in its archipelagic waters. By 1780, Britain’s alliances with the Dutch had broken down again. Unsure of safe passage through the Netherlands East Indies, the Admiralty began, from 1787, to transfer convicts from dredging the Thames to establish a trading post at Botany Bay en route to the China tea trade to benefit the East India Company. University of Sydney professor of History, G. Arnold Wood, observed in 1922 that the petty thieves ended up out here while the master criminals stayed in London to direct the empire.

The re-opening of a canal through Suez in 1869 shifted Empire trade routes from around the Capes, and underwrote the despatch of NSW forces to the Sudan in 1885. In keeping with the commercial motives behind the invasion of Botany Bay, its colonial government sent a gunboat to China to suppress the Boxer Rebellion in 1900, thereby prolonging the concessions had had been secured for the East India Company by the Opium Wars of the 1840s.

After Geoffrey Blainey picked up this commercial context from the Tasmanian Marxist K.M. Dallas. The latter’s insight became contorted into a tyranny of cliché about distance as the determining fact of European Australia, its foundation amid inter-mercantilist conflicts finding no place in the ‘Three Cheers’ view of our past. 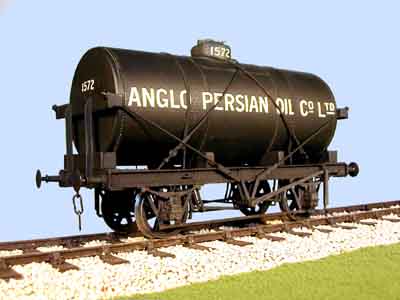 With the survival of Soviet power after 1917, Lenin’s ‘popular outline’ of imperialism acquired textbook status in explaining war as the outcome of inter-imperialist rivalries, a proposition embraced by Japanese militarists and Gandhi’s passive resisters. Perhaps as a consequence of this broad acceptance, the ‘Imperialism’ of Lenin’s title has led critics and comrades alike to assume that it deals with latter-day colonialism when its crux is the transformation of the metropolitan states for the era of monopolising capitals. Financiers, such as J.P. Morgan, drew together every kind of capital, whether armament manufacturers or the resources sector.

Few case studies illuminate Lenin’s analysis more starkly than does the genesis of Anglo-Persian oil, now BP. Between 1901 and 1908, Australia’s richest man, London resident William Knox D’Arcy, poured profits from Queensland’s Mt Morgan gold and copper mine into drilling across today’s Iran. Three aspects of his endeavours put them at the heart of Lenin’s account of the newest stage of capitalism in which oligopolies compete for resources. The first came in 1905 when, running low on funds, D’Arcy did a deal with the Admiralty not to sell to the French Rothschilds but to join with Burmah Oil. Secondly, out of an instance of what Lenin called the cartelisation of the world, the U.S. Amalgamated Copper Company inadvertently saved D’Arcy’s day by imposing a monopoly price during 1906-7 which pushed up his earnings from Mt Morgan so that he could keep exploring in Persia until his team hit black gold in 1908. Step three in 1912 takes us back to Whitehall where First Lord of the Admiralty Churchill and First Sea Lord Fisher decided to switch from coal to oil for the Royal Navy. These interlocks of global investors with the backing of an imperial navy, confirmed everything Lenin could patch together from Zurich libraries during 1915.

Lenin’s access to primary sources expanded after the Bolsheviks stormed the Winter Palace and opened the archives on the 1916 Sykes-Picot-Sazanov Agreement to divide the Ottoman Empire among four of the Allied powers. Exposure of that piece of secret diplomacy provides the context for why – from Beersheba to Damascus – the Light Horse was part of the million-plus troops that Britain kept in that theatre. The original agreement collapsed with Czardom but the victors continued to draw lines across Ottoman lands. (Field-Marshall) Wavell foresaw that the diplomats were creating ‘a peace to end all peace.’ Under the Treaty signed at San Remo on 27 April 1920, Britain and France divided Iraqi oil. The U.S. later secured rights there but backed British control as the only way to keep the tribes under control – which Churchill did in 1920 by obliterating Kurdish villages.

Throughout the post-1945 years of Britain’s dollar shortages, BP delivered almost half of its mother country’s overseas investment income. To keep democracy safe for big oil, popularly-elected governments, such as Iran’s during 1953, had to be overthrown by CIA-MI6 coups – one of the good intentions that paved the road to the Fundamentalist revolution in 1979. In March 1952, the Menzies government sent an R.A.A.F. fighter wing to Malta to defend Suez. Four years later, Menzies backed the British-French-Israeli conspiracy to seize control of the canal back from Soviet-supported Egyptian nationalists.

Australian politicians returned for the first Gulf War to stop Saddam from redrawing the post-1918 borders by incorporating Kuwaiti oil fields. The Howard government signed on to the ‘Coalition of the Willing’ in 2003, one outcome of which is that the Islamists now look forward to erasing Anglo-French cartography by restoring the Caliphate. How prophetic a junior minister at the Foreign Office, Anthony Nutting, had been when he explained his resignation from Eden’s government in protest over Suez in a book titled No End of a Lesson (1967), a phrase from Kipling’s reaction to the Boer War.

A second line of inquiry into the commercial interests behind wars tracks the armaments trade. Out of revulsion at the slaughterhouse of 1914-18 came exposes of the ‘Merchants of Death’, personified by the Anatolian armaments dealer Basil Zaharoff, recipient of honorary knighthoods (GBE and GBC) in 1918-19 for his services to the war to end wars. He had already merited a place in Lenin’s analysis by organising the Vickers-Maxim-Nordenfeld cartel.

Fears of a new global war after 1933 brought forth books on the arms industry, buttressed by U.K. and U.S. inquiries into its influence. In the U.S. of A., the obvious focus for investigation was the du Pont corporation, founded in 1802 on explosives, going on to dominate the U.S. gunpowder-and-dynamite cartel by 1900, while expanding into chemicals and then into General Motors from 1918. In 1953, GM chairman Charles E. Wilson, on seeking consent to serve as Eisenhower’s Defence Secretary, reassured the Senate: ‘For years I thought what was good for our country was good for General Motors and vice versa. The difference did not exist. Our company is too big. It goes with the welfare of the country.’ GM found a novel way to express that common national interest by claiming compensation for bomb damage from the U.S.A.F. to its Opel plants in Nazi Germany. German investigators had detailed the role of the Krupps in both world wars and in inter-war politics. Joachim Fest’s 1977 documentary, Hitler a career, shows the Nazi leader promising to make Germany as ‘strong as Krupp Steel’; the sub-titled translation deletes ‘Krupp’.